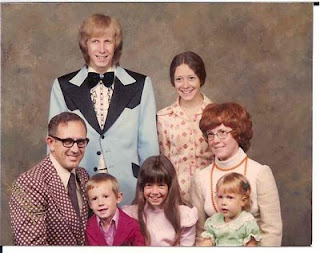 Way back in the 1970s we came home from a Sunday evening service after a snowstorm sprayed our hill with glimmering icy beauty. The air was fresh and invigorating.
“Let’s go sledding!” I said as everyone got out of the car. It was a ridiculous suggestion for a mother with five children who should be getting ready for bed.
We grabbed warm clothes, sleds and hit the hill. Flakes meandered in the night sky as streetlights illuminated their descent. The white earth glowed in response.
Since I was supposed to be the grownup, I tugged sleds to the top for the smaller ones, while the children flew down the slick slope, frigid air kissing their pink cheeks and squeals of joy trailing their trip.
Even when the sleds returned to the garage and the children crawled into their toasty beds, the aroma of joy lingered about our house.
The next morning, the sun ruined the slope before we had breakfast.
I’ve learned life sometimes is like snow. Opportunities to share my love, joy, faith and abundance won’t always be there. I have to prod myself to seize the moment. Often I’ve failed, but I’ve enjoyed the wonder of grasping a tiny block of time and making good things happen I had no idea would result.
Sometimes I don’t know if anything good happened from what I shared—but I always know opportunities are like the snow. We have to get to them before they melt.
Posted by Ada Brownell, author at 2:45 PM No comments:

All the World's a Stage

I imagine you've heard the phrase, "All the world's a stage."

In the cyberspace era, those words mean more than ever. When you write, you usually reach an audience. My free lance articles sometimes took a year to see the light of day, but a newspaper article appeared the next day. Now with the internet, what we write can appear on the world theater in seconds.

The world's been a stage since the beginning of time and an Audience watches each person perform.

William Shakespeare wrote, "All the world's a stage,
And all the men and women merely players.
They have their exits and their entrances;
And one man in his time plays many parts..."
(As You Like It, Act 2 scene 7).

Shakespeare wrote that in the 16th or early 17th Century, and the same Audience watched diligently in his time. Our performance also is viewed by that Audience. Some people fear the Audience because of the power represented. If they don't merit a rave review, they fear a lighning bolt. The vast majority, however, ignore the Watchful Eyes and unless their performance ends as a major disaster, they don't want advice.

We're told in Proverbs 15:3, "The eyes of the Lord are in every place, beholding the evil and the good."

When I was a kid we used to sing a song, "There's an all-seeing eye watching you." That kept me from submitting to temptation on numerous occasions.

But there is so much more to our Audience. Jesus said, "Not even a sparrow, worth only half a penny, can fall to the ground without your Father knowing it. And the very hairs on your head are all numbered. So don't be afraid; you are more valuable to him than many sparrows" (Matthew 10:29-30NLT).

That's good news. Yes, the world's a stage and we're on it--and the Audience is loving and compassionate. Yet, if we ignore Him totally, Judgment Day will come.

"It is appointed unto men once to die, but after this the judgment. So Christ was once offered to bear the sins of many: and unto them that look for him shall he appear the second time unto salvation" (Hebrews 9:27-28).
Posted by Ada Brownell, author at 11:15 AM No comments:

My blog title is from one of the scriptures that sums up our amazing inheritance on earth as Christians. The New Living Translation puts it this way: "This precious treasure--this light and power that now shine within us--is held in perishable containers, that is, in our weak bodies. So everyone can see that our glorious power is from God and is not our own" (2 Corinthians 4:7).

The scripture goes on to explain how we have many troubles, but we aren't crushed and broken, although we might get confused. Yet, we don't give up or quit, even if we get knocked down. We can get up because God never abandons us.

Our pots might be breakable, but when we stick with Jesus, we don't fall apart.

The King James version uses the Greek translation for "perishable containers" and the scripture reads, "We have this treasure in 'earthen vessels'."

The Bible frequently reminds us we are nothing but dust. Dust we are and to dust we shall return. Everything that makes up our bodies is from the earth--everything we eat or consume comes from dirt and the only thing that makes a plant different from dirt is life.

Life is what makes us different from clay. Life is one of the precious treasures we have in these earthen vessels. We started from a fertilized egg about the size of the period at the end of this sentence. We can't even begin to fathom the miracle and all the wonderful things a loving God put within us. I could go on and on about the wonders of the body, DNA, our brains, and the Creator's designs.

But God also gave us His love, blessings, gifts, His Word, the Church, friends, joy and peace. He created the family for us to enjoy.

He gave us forgiveness of sins if we want it; the opportunity for Salvation and eternal life in Heaven with Him.

Some people believe when you serve God you should be rich. But the treasure we have doesn't have a price tag. Although He supplies our needs, this treasure is priceless.

I don't mind that the priceless treasure given to me is contained in my imperfect "earthen vessel." The pot might look crude and unattractive (especially when I get up in the morning), but the Gift inside is beautiful.
Posted by Ada Brownell, author at 6:52 PM No comments: