TtESTIMONY: GOD CAN BRING YOU THROUGH ANYTHING 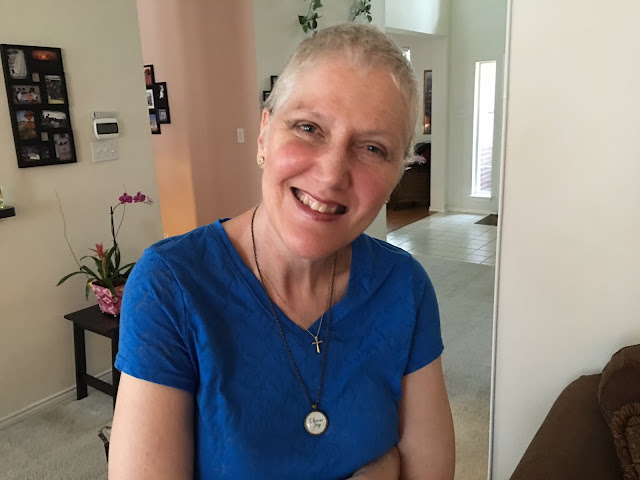 “God brings you to it, He will bring you through it.”

It’s nice to think that, right? Feels good to know God’s got this. However, it’s a nice saying that is not exactly scripturally based. This was one of the points brought out in a blog I read this morning listing ten things Christians say that are not biblically based. The author makes the point, what about Christian martyrs, for instance? What about all the folks who die of disease every day even though they prayed to be spared? What about the parents who lose children they desperately want or the would-be parents who desperately want children and never conceive their own?

But Scripture also says we will have trouble in this world. I spend a lot of time thinking about this fact these days. I was diagnosed with Ovarian Cancer (notice how I capitalize it like it’s a formal noun. A formidable noun) in January after a diagnosis of primary lateral sclerosis (with symptoms like Lou Gehrig’s disease but generally not considered fatal) in November following spinal fusion surgery the previous year for severe scoliosis that caused nerve damage and affected the way I walk. I prayed and prayed to have the first thorn in my side removed. It didn’t happen. In fact, my physical woes grew in severity until they reached critical mass with a life threatening, Stage 4 disease.

God brings you to it, but does He bring you through it?

What he gives us is life eternal, bought and paid for by his only son. We live in a broken world, broken by our own sin and inability to see what is right in front of us. God’s love and his forgiveness and his grace. His willingness to forgive us over and over again, no matter how many times we stumble.

For now, I suffer with all my anxiety and my fear and my weakness. Because I want to be cured, I want to walk freely. I want to see my grandkids grow up. I want what I want. I’ve been blessed with effective chemotherapy and surgery provided by a fabulous medical team. My doctor says the disease can be managed and treated, but not cured. I want it cured so I can get on with my hopefully long, long life. Statistics say it’s not likely. And if I do live for years, I’ll like be in a wheelchair with limited use of my arms, difficulty speaking, and eventually difficulty eating without choking. A bleak future I try hard not to dwell on and one my husband still denies is within the realm of possibility. But here’s what God tell us:

“Therefore, we do not lose heart. Though outwardly we are wasting away, yet inwardly we are being renewed day by day. For our light and momentary troubles are achieving for us an eternal glory that far outweighs them all. So we fix our eyes not on what is seen, but on what is unseen. For what is seen is temporary, but what is unseen is eternal.”
2 Corinthians 4:16-18

If, like me, you’re facing a debilitating degenerative disease or a disease that threatens your very life, take heart. These are light and momentary troubles that achieve for us an eternal glory that outweighs them all.  “Cast all your anxiety on Him because He cares for you.” (1 Peter 5:7)

Seek peace and joy now. Don’t borrow tomorrow’s troubles and spoil today. Live in God’s world today and leave tomorrow to Him. Easier said than done, I know, but it beats being miserable. I know!

Write to me at kelly@kellyirvin.com I love hearing from readers. 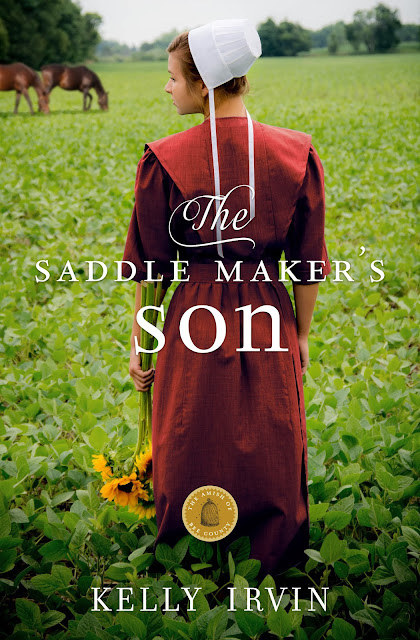 
Kelly Irvin is the author of The Saddle Maker’s Son, the third novel in the Amish of Bee County series from Zondervan/HarperCollins. It follows The Beekeeper’s Son, which received a starred review from Publisher’s Weekly, calling it “a delicately woven masterpiece.” She is also the author of the Bliss Creek Amish series and the New Hope Amish series, both from Harvest Housing. She has also penned two romantic suspense novels, A Deadly Wilderness and No Child of Mine.


A former newspaper reporter and public relations professional, Kelly is married to photographer Tim Irvin. They have two children, two grandchildren, and two cats. In her spare time, she likes to read books by her favorite authors.

Rebekah Lantz feels betrayed and abandoned. Tobias Byler is bound by regret. Can two young runaways from a world away teach them the healing power of a true family?
SUMMARY OF THE SADDLE MAKER'S SON
Rebekah isn’t like her sister Leila, but no one seems to believe that. Ever since Leila made a decision that has haunted her family and their small Amish community, Rebekah has been held to a higher standard under her mother’s watchful eye. Boys avoid her. She simply longs for the chance to be a wife and mother like the other girls.
Tobias Byler only wants to escape feelings for a woman he knows he should never have allowed to get close to him. Moving with his family to isolated Bee County, Texas, seemed the best way to leave his mistakes behind. But even a move across the country can’t stop the past from accompanying his every thought.
A surprise encounter with two half-starved runaway children forces both Rebekah and Tobias to turn their focus on others far more desperate.
In doing so, they discover the key to forgetting the past may open the door to the love  and the future they both seek.

Posted by Ada Brownell, author at 8:57 AM