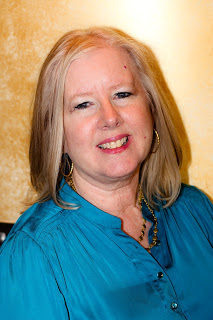 NOTE FROM ADA:
I'm so sorry the $1.99 promo ended on the 16th I was on vacation and had Johnnie's post scheduled to automatically post before that. For some reason, none of the scheduled posts ran. But I think you'll still enjoy reading this. Johnnie says, "It was a great promotion -- before it ended, Where Treasure Hides made it to #1 in three of the categories. I am still so ecstatic."

Luke, the medical doctor and historian, uses almost the same words to write two of the most poignant verses in all the Gospels. We find them in Luke 2 (NIV):

Mary preserved within her heart the mysterious splendor of the Nativity, the awe-inspiring moments when angels and shepherds joined in praise and worship to her newborn son.

Her second treasured event occurred about twelve years later when this same Son remained in Jerusalem after the Festival of Lights because He had to be in His Father’s house (2:49).

I’m not sure why these verses touch me the way they do, but I believe it has something to do with a childhood enriched by warm memories of love and laughter.

As a mom, one of my deepest values was to raise my children in such a way that they had joyful childhood memories to treasure in their adult hearts.

The word translated “treasure” in verse 19 is syntēreō. According to the Blue Letter Bible, it means “to preserve (a thing from perishing or being lost).”
In verse 51b, the verb “treasure” is diatēreō. It means, again according to the Blue Letter Bible, “to keep continually or carefully.”
Both translations define not only the events that Mary treasured and pondered, but also the cherished memories we preserve in our hearts, give to our children, and carefully keep as traditions for future generations.
Such legacies are priceless.
Father, You gave Mary a very special gift, Your only begotten Son. No wonder she treasured all these events in her heart. You’ve given us a gift, too. The gift of remembering our own treasured moments. We thank You for precious memories of joyful family celebrations and milestones, for sweet memories of quiet heartwarming moments. May we honor You and glorify You in all of them. 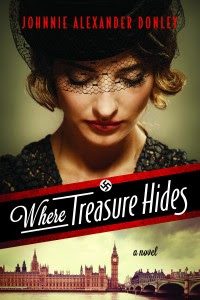 Back cover blurb
Artist Alison Schuyler spends her time working in her family’s renowned art gallery, determined to avoid the curse that has followed the Schuyler clan from the Netherlands to America and back again. She’s certain that true love will only lead to tragedy—that is, until a chance meeting at Waterloo station brings Ian Devlin into her life. Drawn to the bold and compassionate British Army captain, Alison begins to question her fear of love as World War II breaks out, separating the two and drawing each into their own battles. While Ian fights for freedom on the battlefield, Alison works with the Dutch Underground to find a safe haven for Jewish children and priceless pieces of art alike. But safety is a luxury war does not allow. As time, war, and human will struggle to keep them apart, will Alison and Ian have the faith to fight for their love, or is it their fate to be separated forever?
Brief Bio:
Author Johnnie Alexander Donley writes stories of suspense, intrigue, and romance set in World War II. Her debut book, Where Treasure Hides, won the American Christian Fiction Writers Genesis contest for Historical Fiction in 2011. A history enthusiast, Johnnie has also edited nonfiction manuscripts and textbooks. She is a founding member of the Central Florida chapter of American Christian Fiction Writers. A longtime Florida resident, Johnnie treasures family memories, classic movies, shelves full of books, and her papillon Rugby.