A Child's Salvation: I Want to Tell Him One More Thing 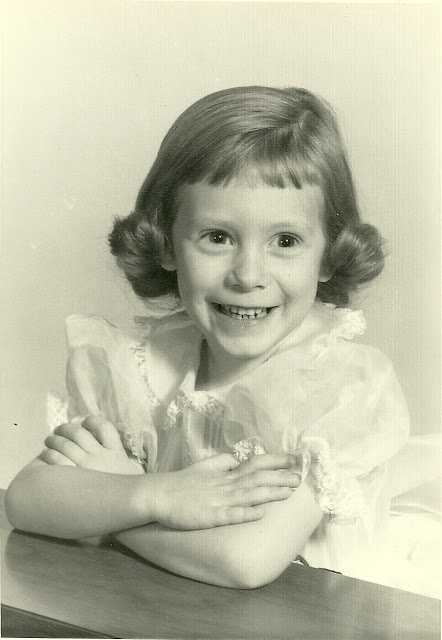 
“I want Jesus to come into my heart,” my 5-year-old daughter announced after she’d said her nightly prayers.


Now that Carolyn is in heaven, I love the memories of precious times like that. She was a special child, but all of our five children are special in their own unique ways. Carolyn had perfect pitch, which we didn’t recognize until she was nine years old.  When she was 3 years old she picked out “Jesus Loves Me” on a little toy piano similar to Schroeder’s in the Peanuts cartoon.


By the time she was seven or eight, Carolyn was playing difficult Bach and Beethoven music. She wasn’t much older when she began accompanying her older brother when he played trumpet solos. Then in her teens, she became pianist for a gospel group in which I sang. She exactly copied professionals who accompanied groups that sang the music we used. She’d sit down on the floor, listen to a recording, take a few notes, and was ready.


She played the piano for our church choir while she was in high school. One of her big accomplishments and great moments was Denver churches’ If My People event in honor of our nation’s 200th birthday in 1976. A mass choir from many denominations sang, and she was accompanist. The event was held in Red Rocks Amphitheater near Denver that seats 10,000 people--and it was packed.

Carolyn, still a teenager, had another couple of exciting events at Red Rocks. She was a fan of the gospel pianist Dino Kartsonakis, and he was on stage where she prepared for choir practice at the biannual General Council of the Assemblies of God.


It was hot in the amphitheater and we’d brought an ice chest of snacks and she had a large cup of ice.


“Where did you get your ice?” he asked.

At the same event, the piano hadn’t been delivered to the Red Rocks stage. Composer/arranger Ralph Carmichael asked if anyone in the choir had perfect pitch so they could practice without accompaniment. Carolyn didn’t volunteer. She didn’t like to flaunt her talent, but her friends told.


So she hummed on the needed note. The people near her picked it up and hummed, and soon everyone in the choir had the pitch, just as if someone had brought a pitch pipe. They practiced with no problem and I’m sure Carmichael—and Carolyn—were happy the piano arrived in time for the service.


A few weeks later Carmichael sent her a big packet of autographed music in the mail and a note thanking her for giving the pitches.


I was all excited and when we walked into the house after the celebration. I told everybody, “Carolyn shared her ice with Dino and gave the pitches to Ralph Carmichael!”

She could tell you what note a vacuum sweeper hummed on, the washer motor’s pitch, and fill bottles with varying amounts of water and play a tune on them.

Her great sense of humor often set me back. Since she was the oldest daughter, I often asked her opinion.


“What do you think of this?” I handed her an article I planned to submit to a Christian magazine that I’d pounded out that day on my typewriter. It was in rough form. I wasn’t much of a typist.


Carolyn proceeded to read all my typos aloud, creating words no one heard before or since, and then she laughed so hard she rolled on the floor with the mirth. I had to smile. So much for her opinion on my piece.


It probably was about that time that Carolyn started the trend to pronounce words backward. I couldn’t do it, but the other children picked it up and did it, too. I guess since I spoke Pig Latin, they did me one better.


Another time I asked her opinion when I spoke at a women’s special event she attended.


“You know, Mom,” she said, grinning and touching her neck. “When you talk, you have this little double chin right here that wiggles every time you open your mouth.”


I really miss those humorous jabs now. Although she never told me, I heard later from people she worked with in a publishing house how proud she was of my writing. Even her friends, some that I’ve met recently, said she bragged on me.


As any parent is of their children, I was proud of her.


Our family revolved around Carolyn because of her caring spirit and her humor. She babysat the younger children often while I was transporting a child to an allergy shot or other appointment. I had surgery not long after Jeanette was born, and she was as comfortable with Carolyn as she was with me. They had a close bond.


We missed Carolyn being so far away when she attended college in California and married a classmate whose home was in San Jose.


Seven years later she was diagnosed with Burkitt’s Lymphoma, an aggressive form of cancer. In only two months she was gone.


The previous day she prayed with us and sang from her bed and went to heaven peacefully. She had listened to gospel music in her hours at home alone when she was dismissed for a short time from the hospital between treatments. “It is Well With My Soul,” by Sandi Patti was among her favorites that filled the house and her heart. That was in 1990.


Her spiritual journey with the Lord began on her knees at age 5, when she asked Jesus into her heart as I knelt next to her beside her bed. Afterward, she jumped under the covers and I kissed her goodnight.


“Oh,” she said, throwing the blankets aside and kneeling again. “I want to tell Him one more thing.”


Amazing that even a child can have intimacy with God, and continue the relationship throughout life and for eternity. I’m looking forward to a grand reunion!
Copyright Ada Brownell 2016

Note: I share some of Carolyn's story in my book Swallowed by Life


Peter wrote, "For we did not follow cunningly devised fables...but were eyewitnesses of his majesty." (2 Peter 1:16).


SWALLOWED BY LIFE: Mysteries of Death, Resurrection and the Eternal


Do you believe you could live with someone else’s heart or kidneys, but not without your body? Evidence shows we’re more than flesh. The author, a prolific religion writer and retired medical journalist, talks about the evidence; the wonder of life with all its electrical systems; the awesome truth about cell death and regeneration; mysteries surrounding the change from mortal to immortal; where we go when our body dies; resurrection; and a glimpse at what we will do in heaven. Questions and answers make this non-fiction inspirational book a great text for group study. It’s written for support groups, religion classes, people with chronic or terminal illness, individuals who fear death or are curious about it, the grieving, and those who give them counsel.


Review: “It was wonderful how the author merged the medical with the spiritual.”