ADVENTURES WITH VINNIE: A DOG WITH A HEART FULL OF LOVE AND LOYALTY 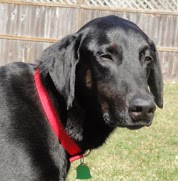 From Ada Brownell: This blog post comes from the prolific Christian author of Great Lakes Romances, Donna Winters. It's different from what usually appears on this blog, but God created animals and they are awesome creatures.  It doesn't hurt us once in a while to feel the wonder of who we are and the amazing things with which our Lord surrounds us. Hope you enjoy this! Donna has designated earning from this book to go to animal shelters.

Did you know that dogs could have been domesticated as long as 33,000 years ago? Archaeologists had placed the domestication of dogs at about 15,000 years ago until recent discoveries of older canine skulls with more blunted features and smaller teeth than the wolf.

From my earlier readings about the domestication of wolves for canine companions, I was aware that canines served as protectors and hunters for their cave-man humans, in exchange for food and shelter. It now appears that these canines were also valued as companions. Perhaps this much longer-term relationship can account for the strong bond of love and affection that so often develops between canines and their human companions.

For those of us who are not scientists studying this topic, we “know” that when we incorporate a dog into our family life, giving it not only the necessities of food and shelter, but also the emotional support of affection and love, that our dogs “love” us in return. But can this be measured and documented? 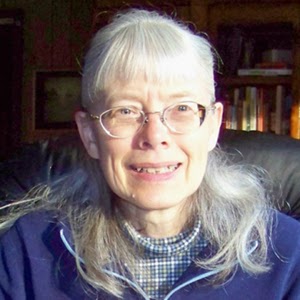 According to U.K. veterinarian Bruce Fogle, studies have shown that, “when dogs are in physical contact with their owners, their brains release the ‘pleasure chemical’ dopamine in exactly the same way as our human brains do when we feel happy and relaxed.” Comforting to know, but we didn’t need scientists to tell us what we already witness in our canine family members—contentedness and relaxation when in the company of their humans. Conversely, we recognize the distress and longing when we leave them behind for a shopping excursion.

If love can be compared with, or partially defined as loyalty, many outstanding stories of loyal canines have surfaced over the years. There was Hachiko, an Akita who waited for his master every day for ten years, even though the man died at work.

In Wales, Graham Nuttall and his border collie Ruswarp were an inseparable pair. The fourteen-year-old dog accompanied his human on a hike in the Welsh Mountains in January of 1990. Eleven weeks later, another hiker found Nuttall's body, and a cold and starving Ruswarp standing guard.

Omar Rivera, a blind computer technician working on the 71st floor of the World Trade Center on September 11, 2001, credits his leader dog, Dorado, with saving his life. At first, Omar released Dorado’s lead and told him to go with the crowd of people heading downstairs. A few minutes later, Dorado returned. He and a co-worker helped Rivera to escape to ground level. Shortly after they exited the building, it collapsed.

Jake Baysinger’s body and his (live) companion dog were found by a rancher six weeks after Jake had gone missing in the Pawnee National Grassland. His German shepherd dog, Cash, had evidently survived by eating small animals, and had kept coyotes away from his master's body.

These are only a few of the stories of loving, loyal dogs that touch my heart. You may have a story from your own experience. I do, and I’ve shared it in my newest book, Adventures with Vinnie, the story of a shelter dog we had. 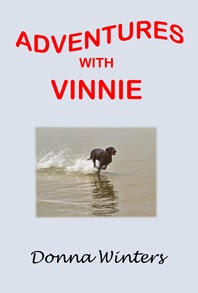 Vinnie was handsome, affectionate, and in need of a forever home. And we were in need of another rescue dog. From his first day to his last, the only predictable thing about Vinnie was his unpredictability. Loving and loyal, an escape artist to rival Houdini, and a genuinely comical fellow, his antics will make you laugh, give you a fright (but only for a moment), and melt your heart. With Vinnie, there’s never a dull moment!

My earnings from this book go to animal shelters. The Kindle version is available for 99 cents. The paperback is $9 on Amazon. Both formats include 12 color photos of Vinnie and his family.

Donna Winters lives with her husband and two rescued canines in Michigan’s Upper Peninsula. She has nineteen books in print including fifteen historical romances, one historical novel, one contemporary romance, and two nonfiction titles. Learn more about her and her books at www.GreatLakesRomances.com.