Excerpt from Swallowed by Life: Mysteries of Death, Resurrection and the Eternal

Several million U.S. citizens suffer from terminal and chronic illnesses at any given time. Fear and grief are natural responses for the patients and their families and friends.
Yet, we’re all terminal. No one will get off this earth alive in his mortal state. But evidence shows we’re more than a body.

Just ask the person who lost a hundred pounds, someone with a transplanted heart pumping his blood, a patient who has had part of his brain removed, or the soldier with no legs. Study regenerative medicine and you’ll understand the experts estimate our skin completely rebuilds itself every seven days or so, and with the exception of our neurological system, almost every single cell in our body is replaced every seven to ten years.

As a former medical reporter for a daily newspaper, in this book I reveal how science shows us that death is swallowed by life every day. I also examine the words of Jesus Christ concerning eternal life, as well as testimony from witnesses about His death and Resurrection. In addition, I tell the story of a man who was clinically dead, but revived; I interviewed medical professionals and did other research about life and death.
This book grew out of my search for everything that testifies of eternal life after we lost our thirty-one-year-old daughter to a deadly form of lymphoma. When she died, I needed to find out if I believed what I previously thought I did. Was I still certain that those who accept the Redeemer God sent and His sacrifice for sin will never die? Was I still sure heaven exists?
This book hinges on this scripture: “While we live in these earthly bodies, we groan and sigh, but it’s not that we want to die and get rid of these bodies that clothe us. Rather, we want to put on our new bodies so that these dying bodies will be swallowed up by life” (2 Corinthians 5:4 NLT).
We’re talking about victory over death here. The Apostle Paul also put it another way in his first book to the Corinthians:
I declare to you, brothers, that flesh and blood cannot inherit the kingdom of God, nor does the perishable inherit the imperishable. Listen, I tell you a mystery: We will not all sleep, but we will all be changed—in a flash, in the twinkling of an eye, at the last trumpet. For the trumpet will sound, the dead will be raised imperishable, and we will be changed. For the perishable must clothe itself with the imperishable, and the mortal with immortality. When the perishable has been clothed with the imperishable, and the mortal with immortality, then the saying that is written will come true: ‘Death has been swallowed up in victory’ (1 Corinthians 15:50 NIV).

Only our Creator knows how many days we have here. I often think of the patient who was in hospice twelve years before his death, able to enjoy life and family long after diagnosis of the fatal disease.
We don’t abandon our faith by looking at our eternal future. If the Lord allows me to live a century, I’ll still need to be prepared for the time He calls me home.


I’ve discovered life is a powerful force, and all life is supernatural because our Heavenly Father created it. In this book I share the wonder of it all. 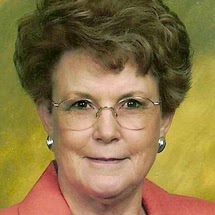 Ada Brownell has been writing for Christian publications since age 15 and spent much of her life as a daily newspaper reporter. She has a B.S. degree in Mass Communications and worked most of her career at The Pueblo Chieftain in Colo., where she spent the last seven years as a medical writer where she wrote about the human genome and many other subjects that have to do with life and health, interviewing many medical experts. After moving to Springfield, MO in her retirement, she continues to free lance for Christian publications and write non-fiction and fiction books.
Facebook: https://www.facebook.com/#!/AdaBrownellWritingMinistries
Twitter: @adellerella
Blog: http://inkfromanearthenvessel.blogspot.com Stick to Your Soul Encouragemen
Amazon Ada Brownell author page: http://www.amazon.com/-/e/B001KJ2C06