The Little Boy Inside: Creating a Hero--Guest post from Regina Rudd Merrick 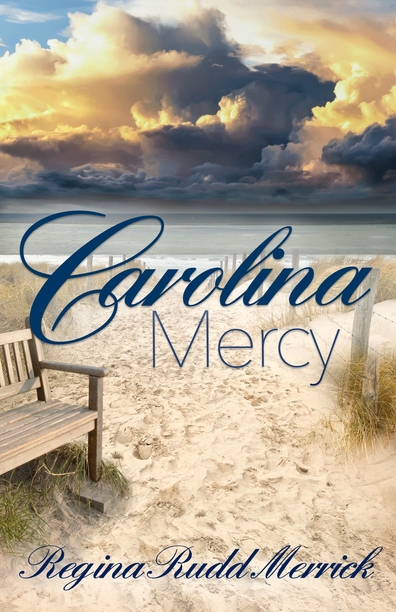 
These are a few traits that you think of when creating a hero, no matter what genre of Christian Fiction you’re reading or writing.


I agree with all of them. I can usually come up with an example of them.


What is it about a literary hero that makes me turn to mush inside, that makes me want throw myself in his arms, and ultimately makes me laugh out loud with joy?


When a big, strong man starts to act like a little boy, it tickles me. I don’t mean when he is behaving in an immature fashion, but rather when those things above—respect, sensitivity, loyalty, confidence, tenacity, tenderness, good-looks, humanity, focus on Jesus, and honesty—all come together in an irresistible package that includes a dash of humility, a smidgen of insecurity, and just a little bit of selfishness.


These are the characters that are strong, but there is a chink in their armor. There is some area that hurts to talk about, and those they don’t want to be faced with, so they avoid it too long, and it turns into a bigger problem than it should have.


When we write about them, their eyes might dim with pain, or a crease appears between their brows that they didn’t realize was there. The women in their lives who love them are aware of this, and while they may momentarily regret bringing up the topic, sometimes they use it to jolt their hero into submission or admission.


This man is going to be loyal to their friend or to their lover come heck or high water. They have this little boy inside of them who not only rails at the unfairness of it all but also rails at any suggestion that they might not succeed. They will go above and beyond what is expected to ensure success in almost any area—including love.


So yes, I love a man who can be all the things listed above, and mix in a healthy dose of boyish good humor and unrealistic expectations that somehow turn into reality, and you’ve got a fan in me.


When I created Tom Livingston, the “best friend” character in Carolina Dream, I knew he had his own story, so in Carolina Mercy, Tom is the hero of the story.


He’s a law enforcement officer, a good son, an amazing friend, and takes care of everyone around him. But he’s not perfect. A little cowed, a little out of his element. The confident sheriff’s deputy is suddenly a little boy who doesn’t know what to do.


Here’s an example from Chapter 1 of Carolina Mercy:


“How’s Lucy?” Tom didn’t want to revisit the previous line of discussion if he didn’t have to.


“Wondering when you’re going to address the issue of not calling her since she’s been home. Eight months, I believe?” Sarah straightened and put her hands on her hips as she gave him a pointed look.
Jared arched a brow toward his friend. “Straight for the jugular. You can get away with a lot, but not if you’re messing with a girl’s best friend. Fair warning.” He reached for Sarah’s hand and kissed it. “I think I’m going to see if there’s any more of your mom’s potato salad.”


“Do you have to?” Tom blanched a little at the idea of being left alone with Sarah.
“You’re a big boy. She doesn’t bite too hard.” Jared’s wink through the screen didn’t make Tom feel any better. The slap of the wooden door was like a nail on his coffin. Which was a very bad analogy, considering the circumstances.


He held his hands up. “Let me start over. Sarah, I didn’t want to lead her on.”


“What do you mean? She liked you, Tom. She really did. Probably still ds.”


“Your mother, who I love dearly, would be furious at you for even thinking that her needs would keep you from finding the one God has for you. Isn’t that a little short-sighted?”


“But look at this place. I can’t compete with this.”


His thumb pointed to the doorway. “All those people in there.”
*Parts of this post originally appeared on Inspirationalmessages.com.


She’s always gotten everything she’s wanted. He thinks he has to give up everything.


Her best friend’s wedding is foremost on Lucy Dixon’s radar. Her biggest concern is once again meeting Tom Livingston, who has ignored her since an idyllic date on the boardwalk of Myrtle Beach the previous summer.


At least, it is her biggest concern until tragedy strikes. Where is her loving, merciful God, now?


When Tom Livingston meets Lucy, the attraction is instant. Soon after, his mother is diagnosed with an untreatable illness and his personal life is pushed aside. His work with the sheriff’s department, his family – they are more important. He knows about the love of God, but circumstances make him feel as if God’s mercy is for everyone else, not him.


Can a wedding and a hurricane – blessing and tragedy – bring them together?


Regina Rudd Merrick is a writer, church musician, wife, mother, former librarian, and grateful follower of Jesus Christ. Having lived most of her life in Western Kentucky, she dreams of the sound of crashing waves and sandy beaches. Married to her husband of 35 years, she is the mother of two grown daughters, and the keeper of a 100-year-old house where she lives in the small town of Marion, KY. She is the author of three books. Carolina Dream (Apr. 2017), Carolina Mercy (July 2018), and Carolina Grace (2019), in the Southern Breeze Series, and Carolina Grace.